The Dirty Dozen and Clean Fifteen for 2016

Each year, I wait for the Environmental Working Groups Dirty Dozen and Clean Fifteen with baited breath. How many pesticides will my favourite fruits and v

Each year, I wait for the Environmental Working Group’s Dirty Dozen and Clean Fifteen with baited breath. How many pesticides will my favourite fruits and veggies be sprayed with? Will more GE produce be showing up on grocery store shelves this year?

The Dirty Dozen is a list of the 12 fruits and veggies that, when conventionally raised, have been found to contain the highest amounts of pesticide residues by the time they make it to the grocery store. The Clean Fifteen, on the other hand, is the list of produce that have the lowest amounts of pesticides.

For the last five years, apples – my favourite fruit – have been at the top of the Dirty Dozen list. This year, they’ve moved down, but only be a single spot. :( They’ve been replaced by strawberries as the produce with the most pesticide residues. This is unfortunate because the strawberry is North America’s most popular berry! (Yes, botany nerds, I know it’s not technically a berry – it’s a drupe – but we eat them like berries, so I’m going to stick with the common terminology. ;) ) North Americans eat about eight pounds of strawberries a year, so that’s a lot of pesticides to be ingesting if you’re buying conventional, and no matter how well you wash your produce, it’s nearly impossible to get all the pesticide residues off; some of them can be really stubborn and sticky!

What makes things even worse is that two veggies – even though they didn’t make the top 12 – were found to have enough pesticide residues that they were added to the Dirty Dozen list as “dishonourable mentions.” And one of them was dark, leafy greens, my favourite family of veggies because they are so nutrient-dense!

While things look more promising over on the Clean Fifteen list ...

Keep in mind that even though these fruits and veggies have the lowest amounts of pesticides, low pesticide residue doesn’t mean no pesticide residue, and organic produce will still have less residue than even Clean Fifteen conventional produce.

Further, you’ll see on the list that sweet corn and papaya have little notes by them. This is because there are genetically engineered (GMO) versions of corn and papaya that are sold in some grocery stores, so if you want to make sure you’re avoiding GMOs, you’ll want to buy organic for these two as well.

Overall, it’s best to buy organic whenever possible, but I totally understand that, depending on where you live and what your budget is, this may not always be an option logistically and financially, so the Dirty Dozen and Clean Fifteen is a great tool to help you figure out when it’s most important to buy organic, to reduce pesticide residue exposure as much as possible. For even more tips on how to shop organic on a budget, check out this post .

You can download a Joyous PDF of the Dirty Dozen and Clean Fifteen to stick up on the fridge or take to the grocery store with you. 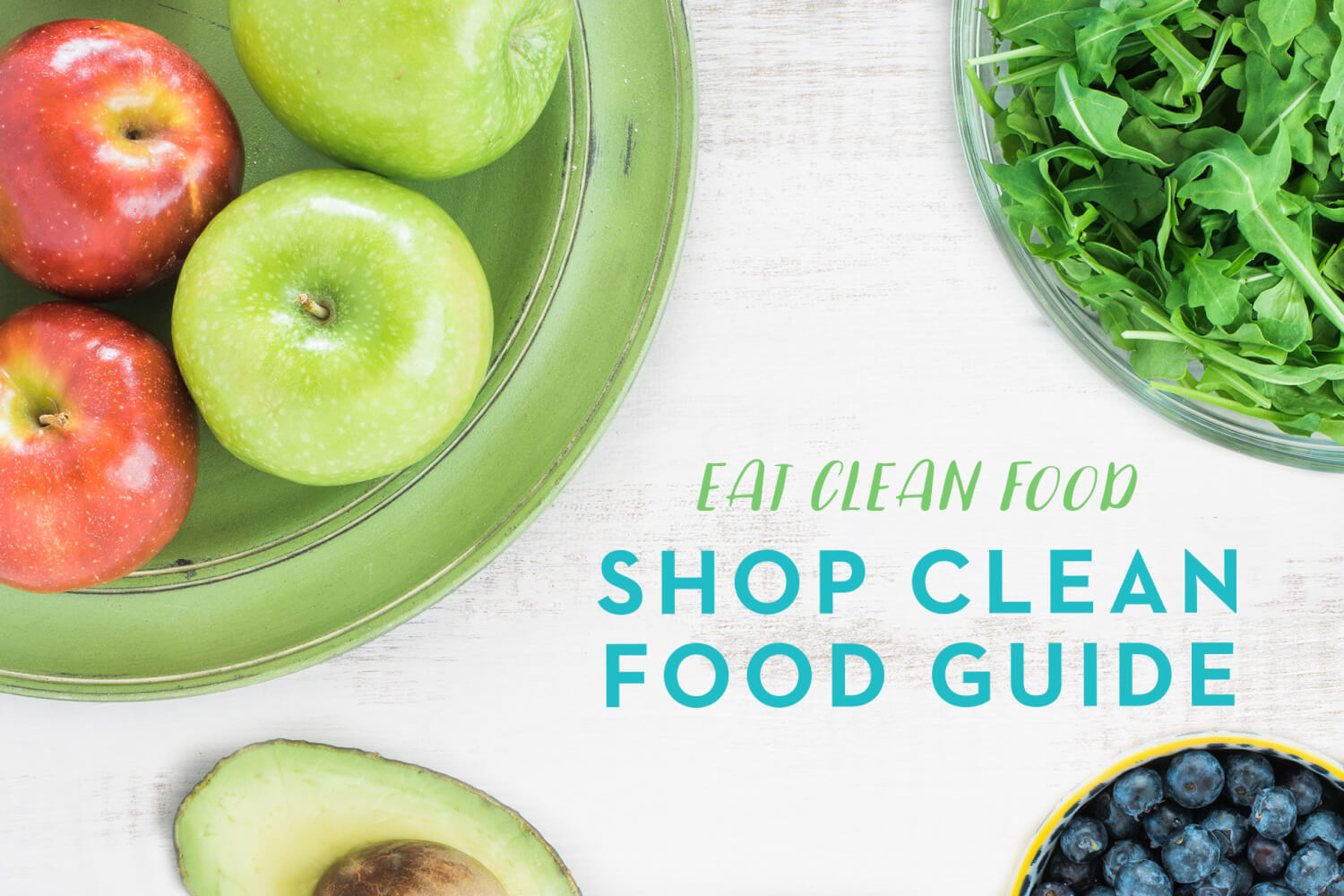 What’s your best tip for saving money while shopping healthy and organic? Share it with the Joyous Community in the comments below!

My tip is to buy organic all the products where you eat the skin or where there is no skin. If I can remove the skin, like in avocados or oranges, then I buy conventional. I usually try to buy everything organic but sometimes my favorite products are not available in the organic aisle. Thanks! Valentina

My kids eat a lot of cucumbers, but organic is just too expensive. Do you think as long as you peel the cucumber it's ok? Thanks!

Hi Joy - I really like a lot of the information you provide. With respect to the Dirty Dozen and Clean Fifteen, I have a couple of questions. While I understand that the Dirty Dozen has the highest level of toxic organophosphate insecticides, I would like to know what is a safe level or is there a safe level? I understand that the thought of ingesting insecticides is 'icky', I would like to understand the impacts. Have any official studies been done? Also, with organic produce, how do organic producers avoid 'catching' pesticides from neighbouring non-organic farms? I would think that if an organic farm is beside a non-organic farm, the organic produce grown will pick up some insecticides due to wind etc. Again, thank you for all the information you provide!

Hi Janice! Health Canada sets an MLR (Maximum Residue Limit) which is the level of pesticide residue they deem safe for human consumption. However, in my humble opinion, none is best! Numerous studies have examined the risks associated with pesticide exposure and the association with neurological and fertility complications as well as certain types of cancers. The Environmental Working Group's website is a great resource for more information. http://www.ewg.org/ It is my understanding that organic farms have methods in place to avoid cross-contamination such as natural barriers (bushes & trees) as well as being located a certain distance from conventional farms. You might find this website extremely helpful: http://www.omafra.gov.on.ca/english/crops/facts/09-077.htm#success I hope that helps!And kudos to you for caring about this topic :) Heather- Joyous Health Team

My tip is to start a small organic garden in your backyard or use containers if you're in the city. I currently have a number of the dirty dozen growing organically in my little 4x4' garden, I have celery, spinach, cherry tomatoes, sweet bell peppers and strawberries growing. I just use food waste from my kitchen to feed and mulch like egg shells, banana peels and coffee grinds!