There are ingredients lurking in Halloween candy that you might be surprised to know. I hope this post is informative and eye-opening!

When I was a young child, I didn't go out for Halloween. It wasn't until I was in grade 5 that I went out for Halloween with my friends. My parents never made a big deal about the fact we didn't go out. Instead of trick or treating, my family and I would drive to downtown Toronto for dinner, dressed up in our costumes and just have a fun family night being out in the "big city".

I recently asked my mom why she did that and she said because it was a great way to avoid all that sugar and junk candy.

Which is what I suspected.

You might be wondering if I feel like I missed out? Nope! Did I become rebellious with sugar as a teen? Nope! I was like any other teen, I ate sugar, but it wasn't like I gorged on it because I didn't go trick-or-treating as a child. Now I'm not suggesting that you do what my parents did, but I just wanted to share a different approach to dealing with all the sugar that Halloween brings.

The only thing I want to preface with this post is that it's not to mom-shame you, provoke anxiety or make you feel bad if you and your family do love trick-or-treating and do in fact, eat Halloween candy. All I want this post to do it inform you of some of the terrible ingredients in processed candy so you're aware. I've always said knowledge is power! You may read this and make no changes and that's cool. You may read this and give your head a scratch and think, well jeez, I never thought about it like that before and decide to have a family dinner instead, like my family did.

You may have heard the phrase "sugar is sugar" meaning, no matter what form sugar comes in, be it natural or refined, it's going to have the same effect in your body and impact on your blood sugar levels.

While that's true to an extent, there are certain forms of sweetener like raw honey, maple syrup and coconut sugar that differ greatly from sweeteners like High-Fructose Corn Syrup (HFCS) since they actually come with a ton of health benefits and nourishing properties.

HFCS, on the other hand, isn't naturally found in nature, does not provide these nourishing properties and can cause a ton of havoc on the body. It's made up of 50% glucose and 50% fructose which is much more fructose than what's found in any other sweeteners. Fructose also needs to be converted to fat or glycogen (aka stored carbohydrates) by the liver before it can be used as fuel. However, it has a limited storage capacity. Not to mention, the body hasn't evolved to process all of that fructose and handle it properly.

Our hunter gatherer ancestors consumed the equivalent of 20tsp of sugar per year. Nowadays, some people are consuming one 20oz HFCS-sweetened soda or sports drink that contains upwards of 17 tsp of HFCS per day!

High doses of added fructose have also been shown to punch holes in the intestinal lining, allowing byproducts of toxic gut bacteria and partially digested proteins to enter the bloodstream and trigger inflammation . It's also much sweeter and potent than regular refined sugar which can disrupt taste buds and condition them to crave that potency of sweetness, over and over.

There is a lot of controversy over this ingredient that is most well known for being found in Chinese food and it's what lends the "umami" flavour to Asian cuisine. Monosodium Glutamate, or MSG, is used to boost the flavour of processed, canned and frozen food. The problem with it is that it contains an isolated and highly concentrated form of glutamic acid which is processed very differently in the body and can increase the levels of glutamate in the body very rapidly, resulting in symptoms such as anxiety, restlessness and ADHD-like symptoms such as the inability to focus.

It has also been linked to headaches, allergic reactions, weight gain, increased blood pressure and free radical formation. It can sneakily hide its way into products because of the variety of names it goes by, including: yeast extract, autolyzed yeast, glutamic acid, glutamate and calcium glutamate, to name a few.

Some people are more sensitive to MSG than others (myself included) so it's best to steer clear if you've noticed any symptoms.

There are a number of things wrong with this "ingredient" (I put quotations, because it shouldn't even be allowed to classified as a food product!). The first problem is that it's derived from one of the most commonly genetically modified foods, soy, which is a common allergen and a highly processed food in the form it appears in Halloween candy. It can also mimic estrogen in the body, throwing hormones into a state of flux and contributing to various hormonal imbalances and it can contain anti-nutrients which can interfere with nutrient absorption.

An animal study that was done compared the impact of a diet high in soybean oil to high fructose (which we already know isn't much better) to coconut oil diets. It was shown that the mice that were fed larger amounts of soybean oil had significantly more weight gain, diabetes and insulin resistance in addition to upregulated cancer, inflammation and obesity-related genes.

If that's not enough to make you want to steer clear from it, let's take a look at hydrogenation! The process of hydrogenation pumps hydrogen into liquid to make it easier to work with and shelf-stable. While that makes it easy from a manufacturing standpoint, it's the furthest thing from being easy on our body, with hydrogenated oil said to cause health complications from cancer, obesity, asthma, diabetes, heart disease, decreased immunity, increased LDL ("bad") and reproductive issues. Partially hydrogenated oils specifically are actually worse because they contain trans fat and increase your risk of heart disease. No thank you!

Some say that artificial flavours aren't dangerous, but in my opinion, there's nothing healthy about cheap synthetic chemicals used to mimic the flavour of food found in nature that can contain more than 100 chemicals from solvents, emulsifiers, flavour modifiers and preservatives.

Not to mention, when "artificial flavour" is listed as an ingredient, you actually can't be sure what the manufacturer used to create the flavour (similar to perfume or fragrance ) and in some cases, some artificial flavours are derived from petrochemicals.

Your best case is to choose real food and avoid products that contain artificial flavours as much as possible. When you choose real food, you can stave off potential adverse health effects including: cancer , dizziness, nausea, depression , DNA damage, allergies, fatigue and anxiety attacks.

Artificial Colours have been linked to several health issues including allergic reactions (i.e. swelling around the mouth), hyperactivity in children and tumours in the kidneys and adrenal glands. Some countries have recognized how harmful artificial colouring is to health that they have actually banned the use of them. If that's not a sign that it's time to make some serious changes, I don't know what is!

Some of the worst culprits you'll want to look out for include Yellow 5 (tartrazine), Yellow 6, Blue 1 and Red 40.

Red 40 (used to make Smarties), in particular, is derived from coal tars, made by mixing fragrant smelling hydrocarbons like benzene and toluene.

You can actually usually tell what products contain artificial colours when you start to bring awareness to it, but it can be challenging if you've grown up being used to your mint chocolate chip ice-cream being green or your fruit punch being pinky/red because that's what makes "sense" to your brain, but in reality, if those artificial colours were removed, they would probably be neutral or unappealing colours (which of course, isn't ideal from a business standpoint).

Now depending where you live in the world, your country may have different regulations and in fact have a ban on these chemicals. There are even differences between Canada and U.S. so the best thing to do is to look up "food colouring" on your government's website. Most of the colours researched for this post came from EWG.org which is American. 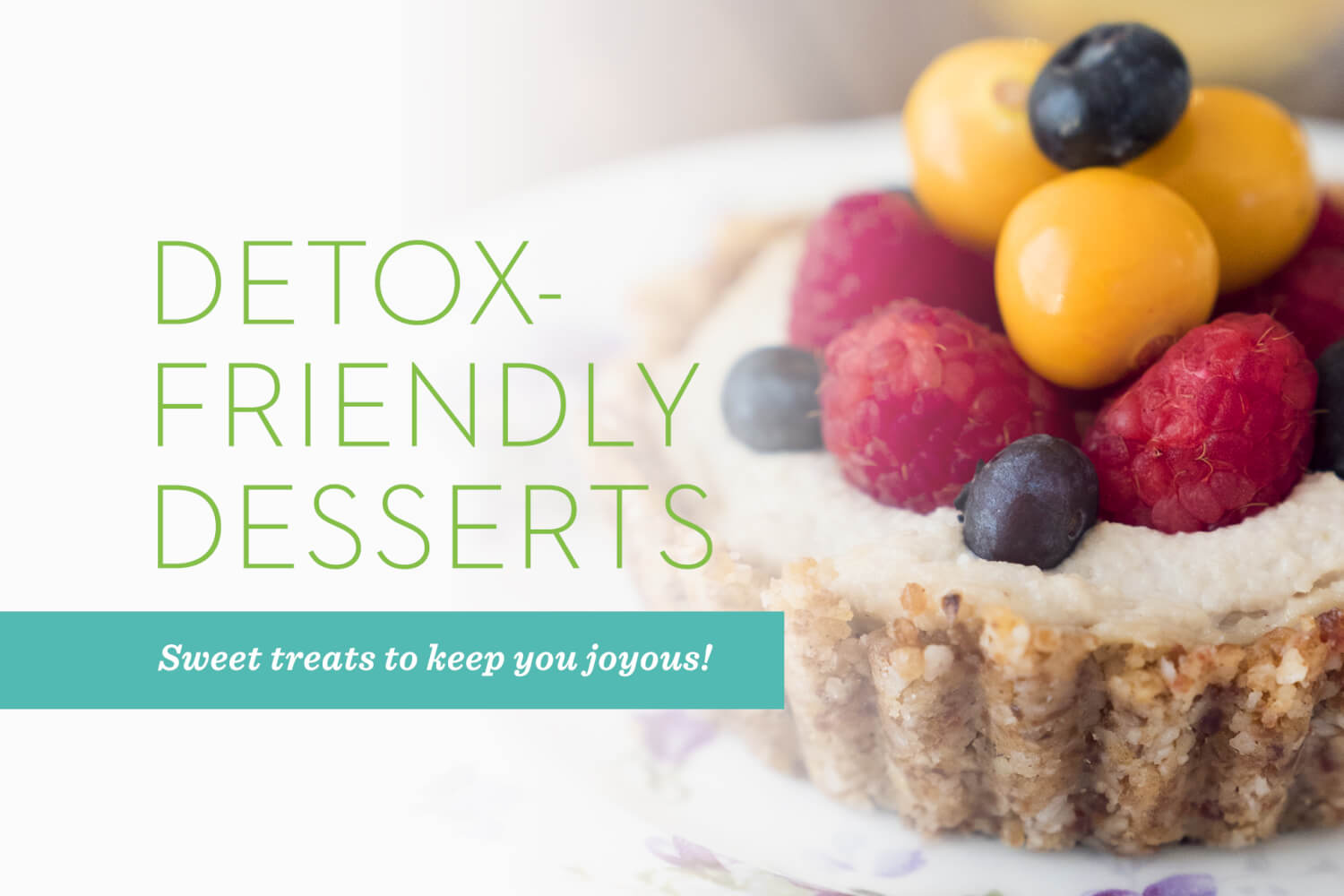 I think it goes without saying that refined sugar should be avoided as much possible, but also, when it comes to Halloween candy, pick your evils. If I come across a healthier Halloween treat that doesn't contain any of the above "ingredients" and any other junky ingredients, I would say that's a win. Obviously a treat that is naturally sweetened with ingredients like raw honey, maples syrup, coconut nectar or coconut sugar is preferred, but you get my point.

Now mama, I want you to take a deep breath and remember that I'm not sharing this information to stress you out or to depress you, but please remember when we know better, we can do better!

You may not be able to avoid all of these culprits right away but like I mentioned in my post about raising healthy eaters , it's all about progress, not perfection.

Maybe start by choosing one of the things from the list I shared above to focus on avoiding. Once that becomes more natural to you, choose another thing to avoid. In addition to that, you can also try swapping out some of the traditional Halloween candies for the healthier alternatives below.

Or, get inspired and make your own!

While you may not be able to dish out pumpkin spice cookies on your front doorstep, these recipes are great to make around Halloween and keep in your house instead of Halloween candy. It's still festive but will leave you and your kiddos feeling much more joyous!

And before I go, the question you're probably wondering is what we will do with Vienna. She's 3 now and the last two Halloween's we got her dressed up in costume and trick or treated to about 5 houses and then gave all her candy away. I know a lot of parents have their kids trade in their candy for a toy, I love that idea too! I'm not sure where I stand on trick-or-treated as Vienna gets older, but one thing is for sure, I don't want her binging on all that candy and junk ingredients.

I hope you found this post informative and helpful. Remember, I'm not sharing this to spook you (no pun intended, hehe) but because again, when we know better, we can do better :)

Wishing you a joyous happy Halloween!

Such a great read! Thank you for sharing. Growing up we went trick or treating as a family to a few houses of people we knew and we took them homemade cookies. When at home Mum always had a stash of healthy treats that we could cash in our treats we had collected. A few things we could keep, such as a certain chocolate bar or some chips and the rest we cashed in for our favourite treats Mum had in a nice basket. It didn't bother us as we didn't know what most of the other things tasted like and we knew what Mum had was good!

Thanks for sharing your story Kaitlin! It's really nice to hear that your mum did that for you!

Thank you for sharing, so much great information. Love the list of Halloween alternative, great to know we have healthier options! Would love a list of ideas to replace Christmas candies!!

You're welcome! That's actually a really great idea for a post! Thanks for the idea :)